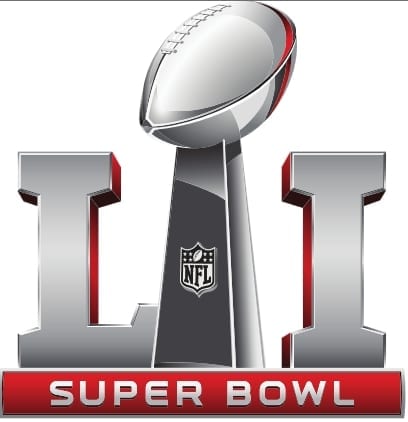 Bookmark this page! It is updated daily.

The Super Bowl needs little introduction. In fact, it’s one of biggest sports extravaganzas on the planet.

Super Bowl 2017 Halftime – Who will perform the Super Bowl halftime show?
Of course, the game itself takes center stage, but a Super Bowl wouldn’t be complete without live music, scantily clad cheerleaders, pyrotechnics worthy of a David Copperfield show, and Lady Gaga – scheduled to play at halftime of the Super Bowl.

Now, the Super Bowl 51 has premiered some of the world’s most impressive adverts (plus some real flops: does anyone remember Bud Bowl? The less said about that, the better) over the years and they’re usually produced on colossal budgets. If you can believe it (and your eyes don’t deceive you), CBS is selling 30 seconds of Super Bowl ad time for a whopping $5 million – and if you’re going to pay that kind of money for your ad to be featured, you’d better hope you get some serious return on investment.

The price for a 30 second Super Bowl ad increases by around 11.1% each year, so in another five years a slot during the game will cost an unfathomable amount of dough – big bucks is probably an understatement – but for those who get it right, the rewards are endless.

Without further ado, here’s a sneak peek at a hand-picked selection of the big brands playing to win at Super Bowl 2016 and what to expect from them: