In the ad, Chris Evans is outside a coffee shop in the heart of Boston and notices someone trying to park in a very narrow spot. Comedienne Rachel Dratch walks up and they discuss, in a way only true Bostonians can, how there is no way a car can get in that spot.

The first car drives away and suddenly an all-new 2020 Sonata appears. The window rolls down revealing John Krasinski at the wheel. He sees Chris and Rachel and in perfect Boston accents they talk about this impossible park job. John gets out of the Sonata and showcases Hyundai’s “Smaht Pahk” technology that remotely moves the vehicle into and out of the tight parking spot with ease. While he is commenting on all of the iconic Boston places he’s parked the car, David Ortiz, who is in a nearby building, unexpectedly opens a window and shouts down at the group to ask what is going on, before also finding out about Hyundai’s new remote parking technology.

The commercial also includes several Boston “Easter eggs” for viewers paying close attention, including the well-known Boston song “Dirty Water” by the Standells that plays towards the end of the spot.

“Using the Boston accent as our creative hook was something that quickly became a favorite during the creative development process,” said Angela Zepeda, CMO, Hyundai Motor America. “Remote Smart Parking Assist was difficult to say and remember, but a truncated ‘Smaht Pahk’ caught on when one of our creatives said it in a Boston accent. We thought it was a fun, charming and memorable way to tell people about this incredible new technology using one of America’s most-recognized and beloved regional accents.”

“It’s a common construct for Big Game commercials to avoid the product for 45 seconds, then slip in a mention,” said Barney Goldberg, INNOCEAN USA’s executive creative director. “We took the opposite approach and feel the ad is stronger—and funnier—for it.” 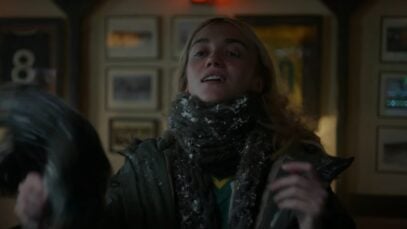