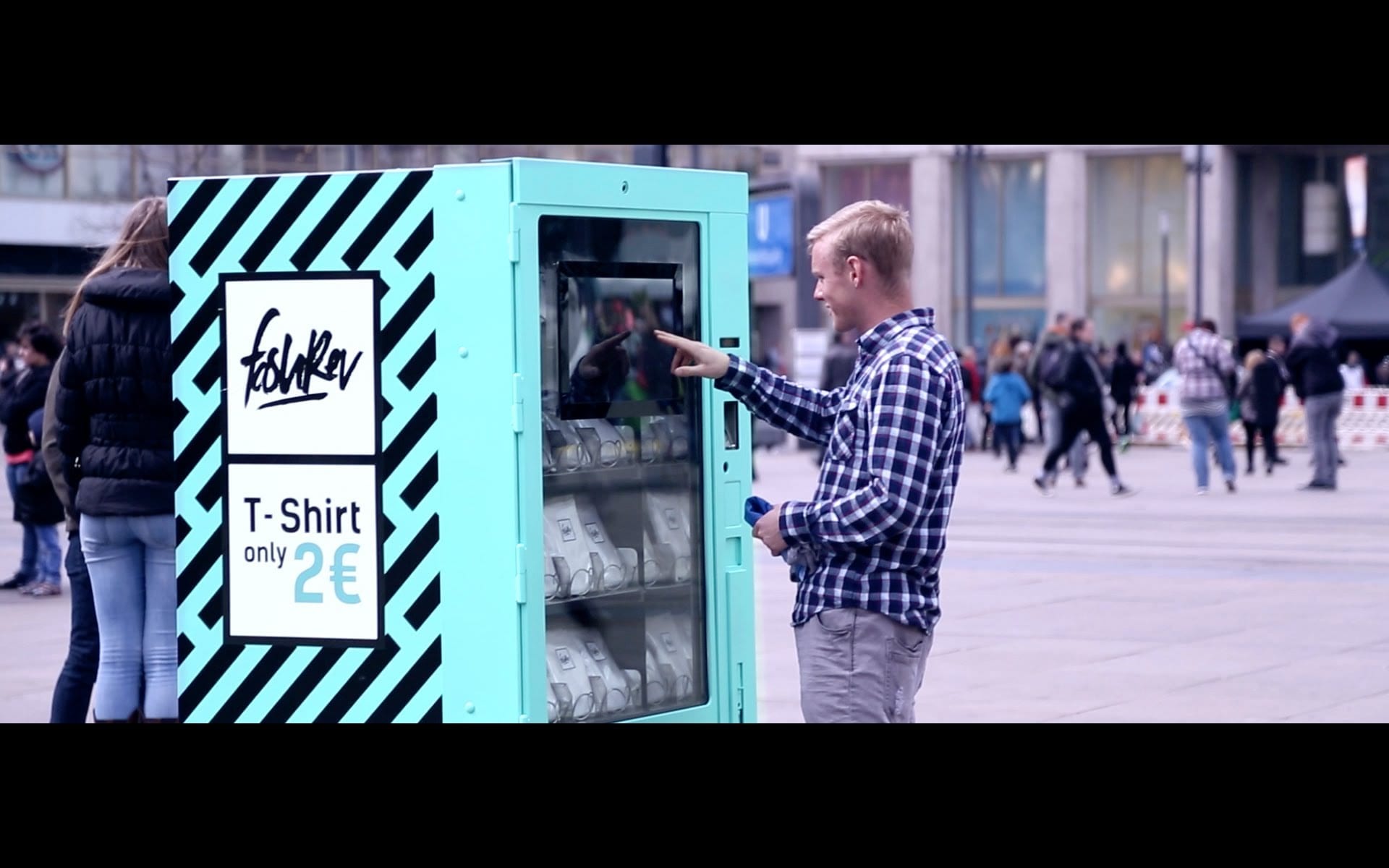 The 2 Euro T-Shirt – A Social Experiment

Three weeks ago, on 24th April was Fashion Revolution Day held in memory of the 1,133 workers killed in 2013 when the Rana Plaza garment factory in Bangladesh collapsed.
Co-founders of Fashion Revolution, Carry Somers and Orsola de Castro starts this social event to “build a better future for everyone in the global fashion supply chain”.

To make a social experiment they placed a bright vending machine, offering t-shirts for 2 Euros, at Alexanderplatz in Berlin, to test whether people would still buy it when they are confronted with the conditions in which it was produced. Eight out of ten shoppers decided to donate 2 Euros not to buy the t-shirt. This experiment proves that people don‘t often consider who is paying the real price but when they learn they take responsibility for the people and communities on which their business depends.

The video become vital on youtube, in three weeks it got over 5.5 millions views.