Fans were invited to catch the first glimpse of this year’s commercial in a series of teaser videos unveiled in January. The teasers kept fans buzzing about who #FlatMatthew could be and in their culmination, revealed that #FlatMatthew is in fact the beloved McConaughey. The full TVC [available here] follows a side of McConaughey no one has ever seen before, as he takes on the persona of #FlatMatthew and hilariously struggles through the most mundane day-to-day tasks, like getting ready in the morning and walking his dog. After ‘falling flat’ on Jimmy Kimmel Live in front of fellow guest Mindy Kaling, he stumbles upon a vending machine with Doritos 3D Crunch. With just one magical bite of the chips, McConaughey transforms back to the multi-dimensional, dynamic Matthew everyone knows and loves. Except now he’s stuck in a Doritos vending machine.

The fun doesn’t stop there, though. Fans are encouraged to interact with this year’s Doritos campaign from their own homes. Creators and fans can head to TikTok to try out a new Branded Effect to turn themselves fully flat to discover what they’d look like as their own version of #FlatMatthew. The TikTok challenge will be paired with the commercial’s familiar track from Queen, “I Want To Break Free.” Two interactive lenses are available via Snapchat — one AR experience allowing fans to place a Doritos 3D Crunch vending machine in their home (and purchase a bag right there) and a second face lens giving fans the chance to ‘flatten’ themselves just like #FlatMatthew.

“Doritos is a flagship brand of PepsiCo’s Frito-Lay division and has been a Super Bowl fixture for decades. We’re thrilled to continue this tradition with this year’s dynamic Super Bowl commercial alongside Matthew McConaughey, Mindy Kaling and Jimmy Kimmel as we celebrate the much-anticipated return of Doritos 3D Crunch,” said Rachel Ferdinando, SVP and Chief Marketing Officer, Frito-Lay North America. “We pride ourselves on Doritos Super Bowl commercials bringing smiles to fans’ faces each and every year and are confident that this year’s #FlatMatthew campaign will deliver once again.”

FlatMatthew will be one of three brand campaigns from Frito-Lay on Super Bowl Sunday, making it the broadest presence the company has had to date during the Super Bowl. Yesterday, Cheetos unveiled its Super Bowl commercial featuring the newly launched Cheetos Crunch Pop Mix and some timely advice on what to do if you get caught sneaking Cheetos. Frito-Lay also unveiled its first-ever portfolio commercial to be featured on Super Bowl Sunday, “‘Twas the Night Before Super Bowl,” which includes the most NFL legends ever featured in a PepsiCo commercial. 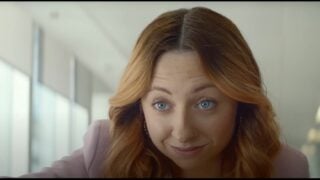