Apple released a video advert named “The Greatest,” a short film showing people using the life-changing accessibility features built-in across Apple products and services. The video was posted ahead of this year’s International Day of People with Disabilities (Saturday, December 3rd)

The background music of the Apple short film is the song “I Am the Greatest (with Marliya Choir)” by Spinifex Gum feat. Cola Boyy h and Matthew Whitaker

A woman without arms opens her eyes in bed.

A yellow HomePod mini on a bedside table illuminates.

Window blinds lift, and light pools into the bedroom.

The woman sits up, using her foot to pull down a comforter. She faces the window, bathed in sunlight. Her shoulders rise and drop in a deep breath.

[“I AM THE GREATEST (WITH MARLIYA CHOIR)” BY SPINIFEX GUM PLAYING]

A man with a mustache lies in bed. He turns to his iPhone mounted on a wall beside him.

On iPhone, the Weather app opens and displays the forecast.

Lyrics: I am the greatest. I said that even before I knew I was.

In a bathroom, a little person stands on a stool and sings in a mirror, nodding to the beat. She raises her eyebrows. In a living room, a woman sits on a rug and signs “You are the greatest” to a baby in American Sign Language.

Lyrics: I am the greatest. I said that even before I knew I was.

The woman without arms taps AssistiveTouch on her iPhone with her foot, then browses images of makeup styles. In a dressing room, a man wearing dark glasses and a bow tie uses Magnifier Detection Mode on iPhone to scan the room.

Now outside, the man with a mustache rolls forward on a power wheelchair.

Lyrics: His hands can’t hit what his eyes can’t see.

The man with dark glasses slowly moves his iPhone until a red jacket hanging on the dressing room door appears on the screen. His white cane leans against a vanity.

VoiceOver within Magnifier Detection Mode: A painting. A red jacket.

Lyrics: Now you see me, now you don’t.

The woman without arms applies a thin gold line of eyeliner using her foot.

Lyrics: Sonny thinks he will, but I know he won’t.

In a school, a student with Down syndrome wears a Cheer backpack and walks through a hall. She high-fives another student.

Lyrics: Last week I murdered a rock, injured a stone, hospitalized a brick.

A DJ wearing a nasal cannula edits a project in Logic Pro. He hovers his cursor over a track, and it magnifies with Zoom.

On iPad, a Muhammad Ali quote is displayed. The cheerleader with Down syndrome taps the Speak Screen menu, then taps the quote.

Speak Screen: I have wrestled with the alligator.

Lyrics: Tussled with the whale.

The DJ rides a scooter as Maps directions appear on his Apple Watch.

The man with a mustache models in his power wheelchair. He lowers a pair of sunglasses on his face. Using Voice Control on iPhone, he takes pictures of himself modeling different outfits.

The man with dark glasses, now wearing AirPods and the red velvet jacket, walks with his white cane. He approaches two doors and stops. He uses Door Detection on his iPhone. Cut to black.

He walks toward a door that reads “TO STAGE”. The cheerleader cheers with her team. The woman without arms steers a car with her foot and sings. The DJ dances at a party.

Tears fill the baby’s eyes. The mother looks at her Apple Watch, which displays a Sound Recognition alert that reads “Baby Crying. A sound has been recognized that may be a baby crying.”

On a stage, the man with dark glasses plays piano. Spotlights shine on him, blurring the audience in shadow. The mother scoops up her crying baby.

[“I AM THE GREATEST” RESUMES]

A montage of everyone singing.

The woman without arms takes a selfie with friends using her feet.

Lyrics: The world champ should be pretty like me.

The little person flips her hair and turns. Now in a veterinary office, she wears scrubs and uses iPhone and Camera Remote on Apple Watch to take a timed selfie with a dog.

Lyrics: The world champ should be pretty like me.

The cheerleader takes a selfie with a friend using Camera on iPhone.

Lyrics: What are we gonna do? We’re gonna dance.

The DJ claps while his song plays on MacBook and people dance around him. The model poses in the power wheelchair dressed in different outfits.

Lyrics: What are we gonna do? We’re gonna dance.

The woman without arms shakes her shoulders, dancing to the song. She increases the volume in her car with her foot.

On MacBook, the model sorts through photos using Facial Expressions within Alternate Pointer Controls. He moves his head to operate the cursor and sticks out his tongue to select a photo.

The model scrunches his nose and raises his eyebrows to crop the photo.

On her iPad, the cheerleader taps another quote by Muhammad Ali.

Speak Screen: I shook the world.

The mother signs “I shook the world” in American Sign Language while her baby sleeps in her arms.

Titles: Some features, applications, and services may not be available in all product models. 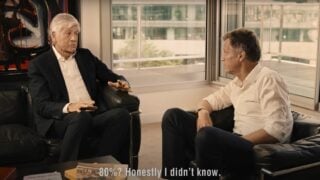 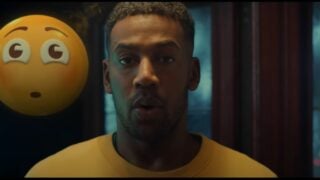 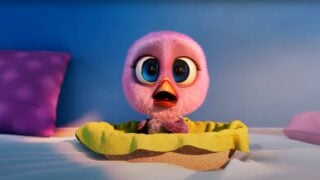 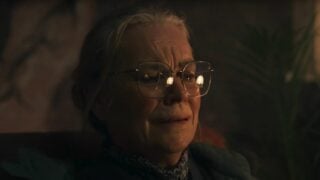 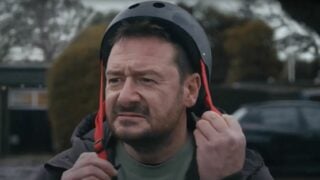 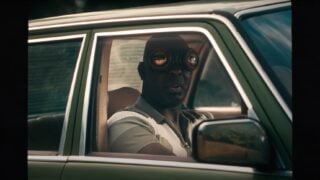 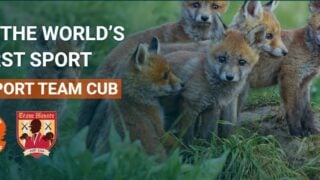 What is cubbing? The World’s Worst Sport! 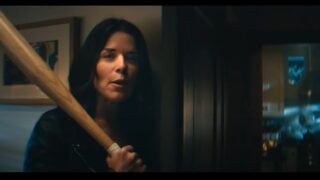 A Bloody Nightmare with Neve Campbell 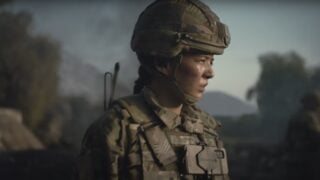 Army of the future