To announce the launch of the Atlas Cross Sport, Volkswagen unveiled a three-part series of short films titled “The Accountant.” Introducing the SUV’s campaign tagline, “Excessive Where it Matters”, the spots play to the vehicle’s combination of all-star appeal and everyday sensibility.

In the first installment, viewers are introduced to a high-profile accountant played by Paul Giamatti, who struggles to reel in the spending of wealthy clientele; one in particular played by Kieran Culkin. Giamatti’s character is quickly established as frustrated by the spending habits of his clients, as he counsels them against over-the-top financial decisions including the purchase of a solid gold jet-ski, private plane, and claiming a tiger as a tax write-off. In the last moments of the spot, Culkin’s character calls the accountant to boast of his latest purchase, a Volkswagen Atlas Cross Sport. The accountant breathes a sigh of relief at the smart spending decision and feels he’s finally gotten through to one of his clients – until he hears him arrive at a famous Las Vegas hotel and casino.

The “Excessive Where It Matters” campaign playfully challenges modern culture’s obsession with self-interest. In a landscape where the irresponsible decision is all too easy and tempting to make, Volkswagen has offered up a luxurious – yet moderately priced – SUV that is both stylish and sensible. In signature Volkswagen wit, the campaign does not admonish all excess as bad, but celebrates Driving Bigger as a philosophy that leaves the unnecessary excess behind.

“Excess in itself isn’t wrong, but excess for the sake of showing off is,” said Saad Chehab, senior vice president, Volkswagen brand marketing. “Americans shouldn’t have to overextend themselves to drive a quality vehicle that garners celebrity style attention and respect. That’s why we’ve made the Atlas Cross Sport Excessive Where it Matters.’”

With a starting MSRP of $30,545, dramatic coupe-like design as well as advanced connectivity and driver-assistance systems, the Atlas Cross Sport is Volkswagen’s take on the right kind of excess. Its bold styling and abundant versatility present it as a sensible, logical, but highly appealing option for drivers looking to show up without showing off. At its front end, the Atlas Cross Sport features an upscale three-bar chrome grill with a new light signature. The vehicle sports a dramatically raked rear pillar and hatch, creating a coupe-like profile specific to the Atlas Cross Sport. Available 21-inch aluminum-alloy wheels and a sculpted rear bumper further emphasize the vehicle’s aggressive stance.

Inside, the Atlas Cross Sport features a spacious interior and advanced connectivity and driver-assistance features. With ample legroom for passengers as well as cargo space, the Atlas Cross Sport boasts a high level of comfort and functionality. The interior has been upgraded from the seven-seater Atlas to include a redesigned steering wheel and available two-tone inserts with stitching accents on the door panels. All trims come standard with the next-generation Car-Net telematics system and have in-car Wi-Fi capability when you subscribe to a data plan. Traffic Jam Assist and Dynamic Road Sign Display will be available for the first time on a U.S. Volkswagen model.

“Excessive Where it Matters” is the latest collaboration between Volkswagen and creative agency Johannes Leonardo. Together the two have diligently worked in tandem on a number of effective advertising campaigns that have helped tell the brand’s present-day and future story. “‘Drive Bigger’ was a platform designed to meet all the needs of an organization going through a profound change,” said Jan Jacobs, Co-Founder, and CCO of Johannes Leonardo. “This campaign demonstrates the flexibility of what it means to Drive Bigger, from helping a company pivot to electrification to playfully pushing up against a current culture of excess.” 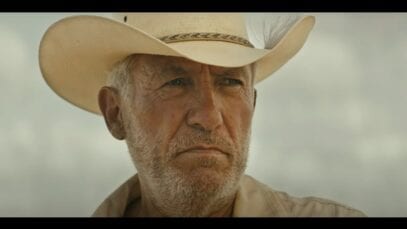