For the love of Nacho Fries, Taco Bells #1 best selling limited-time offering is back. A fan-favorite menu item like this deserves a fan-first celebration to match, which is why Taco Bell is giving fans plenty of ways to dip into the nacho cheesy sauce goodness.

With the return of Nacho Fries comes a spicy plot twist to the faux movie campaign that has accompanied each iteration of fries since they first debuted on menus back in 2018. For the first time ever, Taco Bell’s Live Mȧs productions co-created the storyline together with its biggest fans. The virtual writers room began earlier this year as Taco Bell called for submissions via the “Taco Bell’s Nacho Fries Challenge”, and invited fans to submit their original ideas for the next Nacho Fry commercial via Twitter with the hashtag #FriesChallenge.

From the Twitter thread to the “theaters” comes “Fry Again,” a time loop story where the main character is stuck in the same day over and over again, so she can continue eating her beloved Nacho Fries every single day. Each addition to this franchise has followed a new, culturally relevant thematic iteration of the Nacho Fries saga – why they are so craveable, what lengths fans will go to obtain them, why their presence is fleeting and more.

“Fry Again” was produced in partnership with Deutsch LA, and the brand’s 1.9M Twitter followers were invited into the writer’s room. The plot alone wasn’t all that fans had a say in. From choosing to name the main character “Vanessa”, to selecting the type of sports car she would be driving, Taco Bell engaged fans via creative polls on Twitter and Instagram to determine the main character’s outfit, sidekicks, all the way down to naming her dog, “Baja.” 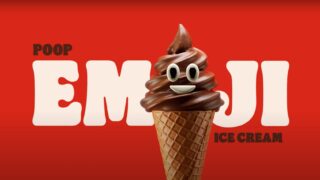