Ladder released “Crocodile,” the second installation of its “So Good” brand campaign — a series of humorous and memorable films built around the unique consumer insight that almost 1 in 2 couples with life insurance joke about taking each other out for the payout. This ad has a rather risky message, but it is funny!

Created in partnership with creative/culture agency FRED & FARID Los Angeles and award-winning director and costume designer Casey Storm (of Spike Jonze and David Fincher credits), the new film stars the Ladder mom unleashing another inventive plot on her beloved husband: this time with the ruse of a romantic parental rendezvous and a little help from a crocodile. Once again, dad escapes the outlandish trap (mostly) unphased, retorting “I’m ok, guys!” with his signature happy-go-lucky demeanor.

“We feel so lucky to have such an amazing client partner. They understand the power of creativity and are willing to take risks and to be bold and disruptive. We hope to continue to capitalize on the success of the campaign with many more films,” says FRED & FARID Los Angeles creative agency.

“I love this campaign,” says Casey Storm. “For me as a director, the scripts and the campaign are a home run. I’ve heard how effective the last campaign was and I’m sure this next devilish round will be equally successful at raising brand awareness and making people smile.”

“Crocodile is about more than the next installment in our campaign,” says Olivia Borsje, VP of Marketing at Ladder. “It’s representative of the way Ladder is revolutionizing life insurance for customers — not only through product and distribution innovation, but also through brand. Giving digital consumers a fresh way to re-engage with the category is fundamental to achieving our mission of making life insurance as affordable, accessible, and beloved as it should be.” 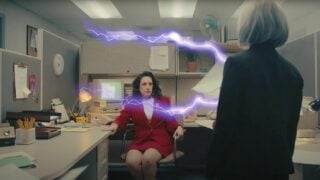 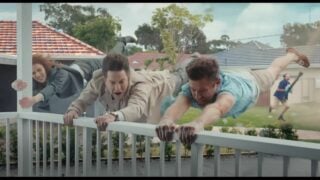