Kia: The Road Not Taken

BMW: The Art of BMW Individual

Range Rover unveiled an amazing experiment: the Dragon Challenge, an extreme test of performance and capability ever attempted. Tianmen Mountain 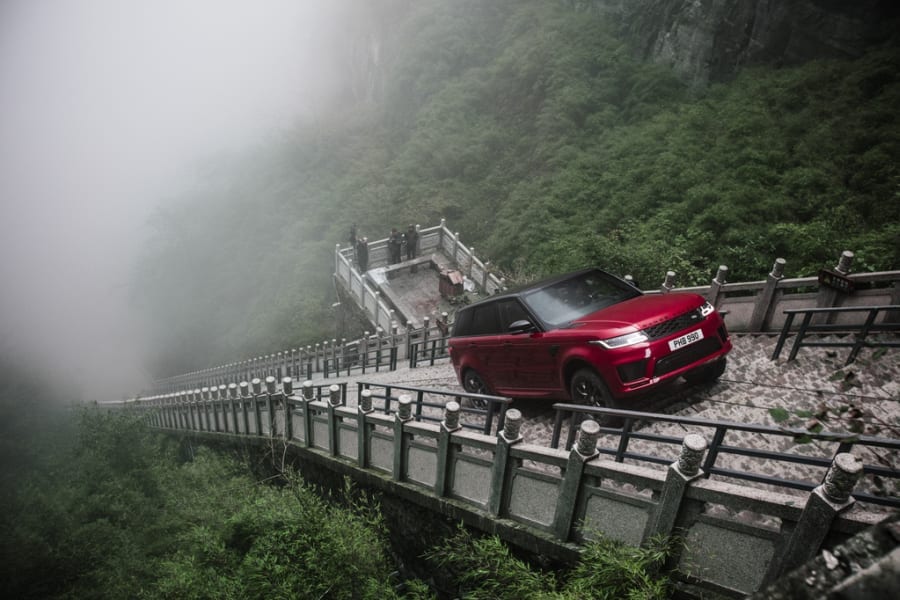 Road in the Hunan Province of China incorporates a dizzying 99 hairpin bends along the 11.3km of mountainside road. At the summit, this road leads towards 999 steps, all of which lead to Heaven’s Gate, a natural rock arch in the mountainside, mythically thought to be a link between the mortal world and the world of the gods.

Reaching Heaven’s Gate is no mean feat. The demanding road that leads up the mountain towards this spectacle is so formidable that there is no room for error. After the road comes the steps, which at their steepest sit at a towering 45-degree angle. While the drive up the 11.3km of winding road has been previously tackled, no vehicle has ever taken on the immense task of driving both the road and the 999 steps all the way to the summit, until now. 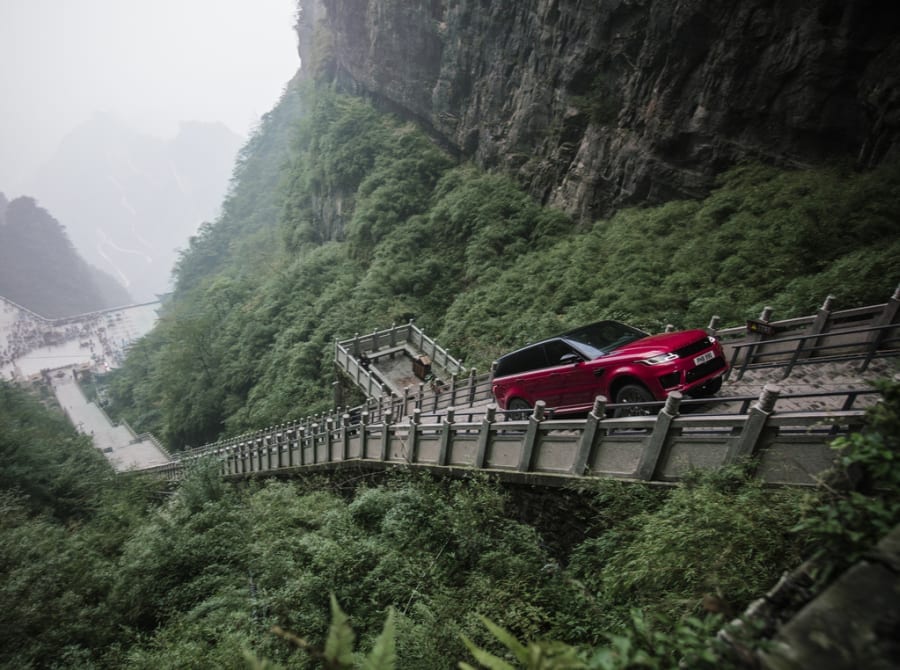 Reaching the top requires a vehicle with performance and capability in equal measure, and what better place than the epic Tianman Mountain Road to demonstrate the power of New Range Rover Sport Plug-in Hybrid. Behind the wheel, and ready to take on the challenge, is Ho-Pin Tung, Le Mans 24 Hour Winner and driver for Jaguar Formula E Racing.

Each hairpin bend was a trial of skill and capability, but the superior handling, boosted by the Terrain Response 2 system, saw New Range Rover Sport manoeuvre through all 99 bends with ease.

Once the slalom of turns was negotiated, the hybrid SUV carefully navigated the lowest set of steps, bringing it to the final leg of the challenge: an extreme off-road climb up the 999 steps. 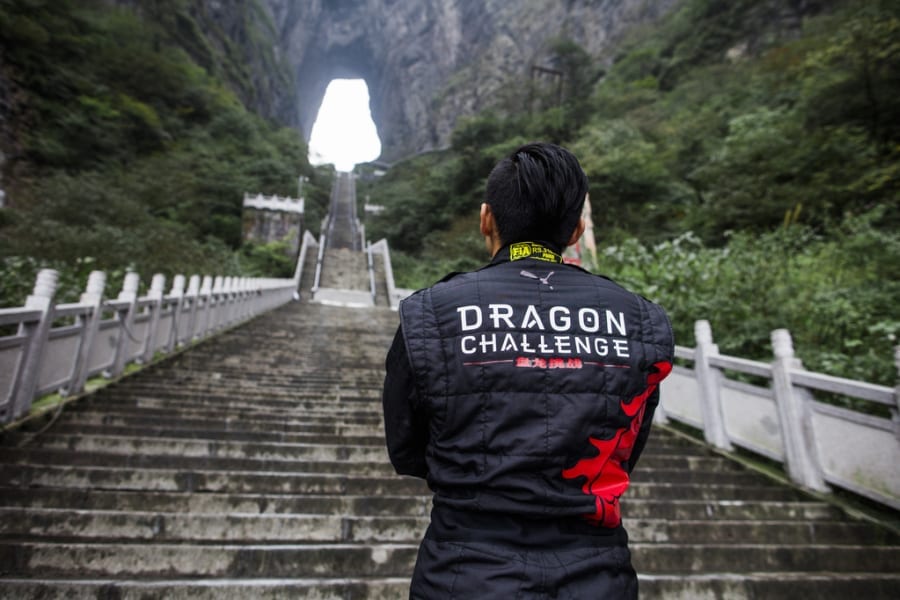 Switching to Mud and Ruts mode and using its combined 404 horsepower engine and instant torque provided by the electric motor, New Range Rover Sport Plug-In Hybrid launched into action. Capitalising on the sustained power delivery that comes from the combination of fuel and electric, the hybrid 4×4 made the world’s first attempt to reach the summit of the steps by car.

Disappearing into the fog surrounding the mountains during its final ascent, New Range Rover Sport Plug-In Hybrid successfully emerged at the top after a powerful climb up the steps.

The hybrid SUV completed the previously un-attempted drive that included 99 bends, 999 steps and the slow manoeuvring at the bottom of the steps, in an impressive 22 minutes and 41 seconds. At the finish line, the Range Rover Sport Dragon Challenge team celebrated with a shared sense of accomplishment and relief at the successful completion of the latest in the series of Driven Challenges.

It was the true power and performance of New Range Rover Sport Plug-In Hybrid that allowed the team to successfully conquer The Dragon Challenge, making it the world’s first vehicle to successfully complete the 99 turns and 999 steps of Tianmen Mountain.

Mercedes-Benz: With the all-new EQC x The Weeknd “Blinding Lights”