The advertising agency Leo Burnett creates McDonald’s 2018 Christmas Advert. The 90-sec spot is directed by James Rouse through Outsider.
In our opinion this spot is the best 2018 Christmas Advert
Framestore did a wonderful job with the FX. You can write below what Framestore said about this excellent TV commercial:

Framestore is delighted to present ‘#ReindeerReady’, a magical VFX-laden Christmas ad for McDonald’s. The 90 sec film follows Santa on Christmas Eve delivering presents and enjoying glasses of milk and mince pies-a-plenty en route. There is, however, a lack of carrots left out for Santa’s reindeer, making for an increasingly forlorn principal reindeer and an increasingly apologetic Santa. Realising that something must be done, Santa makes a pit-stop at a McDonald’s and grabs a sack full of carrots (packaged as ‘reindeer treats’ for inclusion in Happy Meals) for his hard-working team of flying reindeer, finally turning the reindeer’s frown upside down.

Ben Cronin (VFX Supervisor) and CG Supervisors Ahmed Gharraph and Grant Walker had worked previously with James Rouse on ‘Mog’s Christmas Calamity’ (Britain’s most loved Christmas advert of 2015), and like that film, this also required the design and animation of a CG animal character that would look realistic and be able to emotionally engage an audience – a rare and specialist skill Framestore has become synonymous with.

The tight production schedule included a 7-day shoot and a huge amount of work by Framestore creating and animating the reindeer entirely in CG, and also comping in the backgrounds of the live action which was shot mostly on green screen with minimal sets. But Framestore’s work on the project began in the great outdoors among a herd of reindeer…

‘Early on in the production, we spent a day with real reindeer gathering reference photography,’ explains Gharraph (CG Supervisor). ‘We spent the day filming and photographing (and occasionally stroking and feeding) reindeer. As well as textural and fur reference images, we needed footage of them eating and also running – so we ended up having to chase them around a little bit as they stretched their legs in their huge open paddocks, in order to get what we needed.’

Framestore’s next task was to find the right balance between photo-realism and caricature – the creative concept required the main reindeer to look increasingly sad but then delighted when Santa finally comes up with some carrots.

‘Even though our reindeer doesn’t talk, it was important to give it intelligence,’ says Ross Burgess (Head of Animation). ‘As much as we wanted to create a photorealistic animal, we equally wanted the audience to feel compassion for the reindeer and we were able to achieve this by applying a certain amount of anthropomorphic expression and subtle head tilts to give it a relatable hint of humanity.’

Once the approach for the reindeer’s face and the level of expression was approved, building all six of them in CG required no small amount of research into muscle development and also understanding how a reindeer’s fat layer sits on top of musculature so that the reindeer could be as biologically realistically as possible – with wobbles in all the right places. And some vital research into precisely the correct level of fuzz that a reindeer’s antlers should sport. The treatment of the reindeer’s fur was also created as biologically on-point as possible using the latest CG techniques.

‘Traditionally when you’re shading something in CG, you paint up a texture map and then paint brown where you want it to be brown and grey where you want it to be grey etc,’ says Gharraph. ‘However, in this instance, through research and a better understanding of how hairs are shaded and fur reacts naturally, we achieved a much more realistic fur.’

Walker continues: ‘Fur and hair get their colour from melanin and this is actually an attribute available to us in CG – so we decided to drive our reindeer fur completely through this. So, rather than assign the fur a colour, we gave it a melanin value. And we created nine different shaders giving us nine different colours and within each of those sets the melanin is varied and driven by scaler maps. This means that if we created a grey reindeer – it would have all kinds of variation but we were also using four or five different types of fur (different lengths and widths of hair) which means that you get fur type variation on top of just the colour variation. Having this level of variation available to us meant we were able to create six very individual reindeer – rather than simply create one and replicate it.’

While the bulk of Framestore’s work was in the creation and animation of the CG reindeer, some of the shots feature a digi-double of Santa – created by scanning the actor in full costume but without his beard. ‘We wanted to be able to make his beard blow gently in the wind, so we created a dynamic CG beard for our digi-double,’ says Cronin. ‘He appears in five or six shots!’ 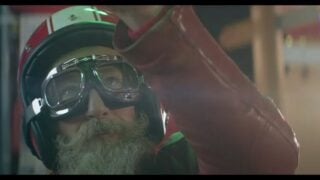 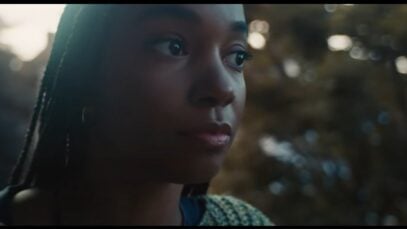